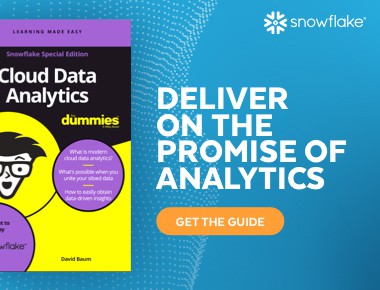 There are an estimated 3.48 billion social media users globally in 2019, according to one study. With the average user spending more than two hours a day engaged in social media, one thing is certain: JSON plays a critical role in billions of lives.

JSON is a semi-structured data format that gained favor in the programming world because it provided a more efficient alternative to XML. It's the preferred method for the exchange of data between web servers and apps.  All of the industry-leading players, including Google, Facebook, Twitter, Instagram and LinkedIn, rely on JSON for their APIs.

JSON examples for Instagram would consist of a list of values, including a link to an image, the user, likes, and comments.

JSON exists as a string, which is ideal for transmitting data across networks. Simply, JSON makes data transferring easy, and that's why it's so popular among data-heavy social media apps.

VIRTUAL HANDS-ON LAB: FROM ZERO TO SNOWFLAKE IN 90 MINUTES

This hands-on workshop focuses on improving your efficiency, scaling to your needs and analyzing your data thoroughly. Learn how to set up a data warehouse and generate the insights to best suit your business.