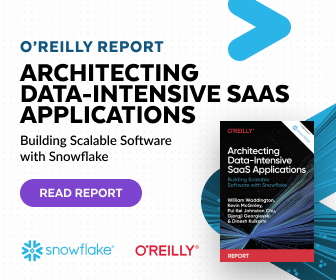 JavaScript Object Notation (JSON) is an open-standard data format or interchange for semi-structured data. It is text-based and can be read by humans and machines.

In JSON, semi-structured data — data that originates from various sources and devices including mobile phones, web browsers, servers, and IoT devices — is collected as messages called "events," organized logically into batches, and then fed to a data platform via a data pipeline.

It can be used in many applications but is especially common for transferring data between servers and web applications or web-connected devices. This is because those applications can often only receive data as text, and JSON is text-based.

As it is derived from JavaScript, most contemporary programming languages can parse and generate JSON data. It is now standard and widely used due to its lightweight data-interchange format. It is an alternative to XML for semi-structured data because it can deliver more tightly compacted object representations.

Since JavaScript Object Notation is text-only, it can easily be sent to and from a server and used by any programming language. And since JavaScript has a built-in converter, its data can be used like any other JavaScript object.

In comparison to flat files like CSVs, which use relational columns and rows, JSON files store data in nested objects and arrays which contain values themselves. This structure is highly adaptable; the columns within the data source don't limit adding new data to the collection.

Due to its simple design, flexibility, and ease of use and understanding, it is the standard data format commonly used for web and mobile applications — sending data from a server to a client to be displayed on a web page and vice versa.

JSON exists as a string (a JSON string), which is ideal for transmitting data across networks.

It plays a critical role in the exchange of data between web servers and apps. Nearly 3-and-a-half billion people on social media spend an average of two-plus hours a day on Google, Facebook, Twitter, Instagram, and LinkedIn — all of which rely on JSON for their APIs.

For example, on Instagram, JavaScript Object Notation data would include lists of values, including links to images, users, likes, and comments.

JSON makes data transferring easy, which is why it's so popular among data-heavy social media apps.

The primary alternative to JSON is XML. However, XML has become less common in new systems due to its lack of brevity — XML is much more verbose. XML also tends to introduce ambiguity during parsing into a JavaScript data structure, requiring additional customization. JSON, on the other hand, doesn't typically require any extra code for converting to JavaScript.

XML can, however, include semantic structures for actual data, while JavaScript Object Notation requires using key-value pairs for such a structure and can't easily separate values and syntax via tags, attributes, and values. JSON also lacks schema, making type- and syntax-checking less efficient and more prone to malformed data.

JSON has become the standard format for collecting and storing semi-structured data sets that originate from IoT devices, mobile devices and the web. In the not so recent past, semi-structured storage and analysis required specific JSON databases.

But cloud data platforms like Snowflake offer native support to load and query semi-structured data, including JSON and other formats, making these databases unnecessary. That means no more loading semi-structured data into enabled JSON databases, parsing JSON, and then moving it into relational database tables.

Most databases and data stores only support a single format. But Snowflake supports JSON and other semi-structured data natively alongside relational data. With Snowflake, users can choose to "flatten" nested objects into a relational table or store objects and arrays in their native format within Snowflake's Variant data type. Semi-structured data can be manipulated with ANSI-standard SQL with the addition of dot notation.

Knowing how to manage and analyze your organization's proliferation of semi-structured data is critical for gaining valuable insights. One of Snowflake's critical differentiators is its ability to natively ingest semi-structured data such as JSON and Parquet, store it efficiently, and then access it quickly using simple extensions to standard SQL.

With Snowflake, users can:

Snowflake gives you a fast path to the enterprise endgame: the real ability to quickly and easily load semi-structured data into a modern cloud data platform and make it available for immediate analysis.