Supply chain management has come a long way in a short time. Before the 1980s, the term itself didn’t exist.

Of course, inventory, shipping, and receiving have been around in one form or another for millenia, but corporate logistics was more often regarded as a tactical nuisance than a strategic function. Mass production and globalization helped gradually change that view, and British consultant Keith Oliver is credited with coining “supply chain management” in 1982 and kicking its strategic reputation up another notch. That’s what happens when systems get really complex: The corporate world slowly realizes that such systems present very complex problems, and conversely a very big opportunity.

Control towers then emerged as key tools for seizing that opportunity. A supply chain control tower in its full form is not a physical location but a centralized viewpoint, provided through software and data, of a company’s upstream and downstream activity as it purchases supplies and in turn delivers products to its customers.

“Logistics control towers have been around for a while” for orchestrating the transportation aspect of the business, Ernst & Young’s Principal in Supply Chain and Operations, Dheera Anand, said. “Supply chain control towers build on that idea, extending it back into planning, into manufacturing sites, sometimes all the way back to the suppliers.”

“The catchphrase today is ‘end-to-end visibility,’” Snowflake’s Industry Principal for CPG, Freddy Guard, said. “Any company that previously lacked supply chain visibility got a rude shock from the pandemic in 2020.”

No wonder, then, that supply chain control towers are all the rage today. Emergen Research forecasts the global market for control tower solutions, worth $3.6 billion in 2020, will grow to north of $11 billion by 2028. Anand said a recent request for help building a control tower came directly from a client’s board of directors—an unusually specific directive showing that the hunger for visibility goes all the way to the top of the corporate world.

Satisfying that appetite, delivering end-to-end visibility, takes a lot of work. However, one does not simply buy a control tower and plug it in. This initiative requires collecting data across internal and external boundaries, rationalizing it, and progressively learning to apply it—and carries all the classic people-process-technology challenges of any such large-scale effort.

The disruption-related motivation for doing this work is clear and present. According to Accenture, 94% of the Fortune 1000 were already experiencing supply chain problems by late February 2020. For many companies, an inability to get timely information compounded the problem all along the chain.

“Poor visibility is a force multiplier,” Snowflake’s Industry Principal for the Manufacturing Industry, Greg Sloyer, said. “It can take what you spend on commodities, which had already tripled, and make it worse.”

This phenomenon extends past supply to demand issues as well, Sloyer said. “When buying patterns change, poor visibility also makes that impact worse. BOPAS [the “buy online pickup at store” consumer buying pattern] already had momentum, but it exploded during the pandemic.” The impact of sudden changes in the supply chain ripples through where and when supplies are purchased, where inventory is located, how it is transported, and more. Those who respond quickest have more choices and often lower costs; competitors who are slower to see the change are left with fewer and more expensive options, if any are available at all.

“You can’t change the basic costs of goods, but you compound the impact on your supply chains when you can’t see what’s happening,” Sloyer said.

Addressing this kind of risk starts with a basic control tower or dashboard that provides alerts, whether related to externalities such as weather, commodity prices, and now public health issues, or to internal issues such as inventory dropping to an unacceptable level in a warehouse.

This kind of alert is clearly useful, and a great starting point. After that, control towers typically expand to focus on optimization of the supply chain, Anand said; for example, by helping spot redundant or inefficient capabilities.

From there, a common aspiration is moving beyond operational capabilities to more advanced analytical and predictive ones. For example, a control tower that includes scenario modeling can help a company establish plans beforehand for a variety of potential disruptions or changes.

All of that ground is well understood, if not yet frequently built. However, there’s an even bigger vision that gets a lot less ink.

Control towers have the potential to not only protect the business, but also to help it grow and become a preferred provider for its customers, based in part on reliability and availability.

Here’s one compelling example from Ernst & Young’s Anand. Today, in addition to targets related to units of product, revenue, and profit, many companies have sustainability goals as well. A control tower can provide transparency and choice to your business partners regarding trade-offs among those goals.

“Let’s say your normal delivery has been disrupted,” Anand said. “Now it’s almost mandatory to provide the customer with transparency. You say, I’m still going to hit the deadline by using air freight. That will cost me more, and I can take that cost because you’re an important customer. But shipping by air also costs some percent more in terms of carbon footprint.” That customer now has the option to take slower delivery to reduce their scope 2 carbon emissions.

This kind of choice has a potential positive impact on sustainability, and makes your business a more attractive supplier or partner.

In a similar vein, the ability to respond more flexibly to changing conditions may result in your company having inventory in stock when competitors do not; that may result not just in continuity but also in new customers switching to your products for the long term.

“If you only focus on optimizing the day-to-day, you wind up doing short-term initiatives,” Anand said. Short-term focus makes it hard to sustain the multi-year journey that a full control tower implementation can require. “Instead, we are advising clients to focus on top-line growth, margin, revenue, market share.

“The control tower isn’t just an optimization engine, but a growth engine,” she said.

Seeing the potential for growth from the beginning of the building process can provide a North Star of sorts, guiding decisions along the journey.

So: You might already envision end-to-end visibility. But think even bigger, because a control tower can do even more.

…and then start smaller.

Building Rome, boiling the ocean, beginning a 1,000-mile journey, eating an elephant—fill in the aphorism of your choice, because they all apply. While you keep the big vision in mind, experts say it’s important to start small, solving one concrete problem.

Even this will require some careful design choices before you can flip the “on” switch, Anand said, and it’s important to not allow paralysis-by-analysis to set in. (In this way, a control tower project is similar to creating an enterprise analytics roadmap.)

Plan on a phased approach.

One way to define phases is in terms of capabilities or maturity. Sloyer describes this trajectory as follows: “First is a dashboard—I hesitate to call that a control tower, but it’s going to have that component. Then alerts, recommendations, business heuristics. Then root cause analysis. Then predictive, and lately I’m hearing prescriptive: that combination of capabilities that says, if my forecast is going up, I’m automatically sending signals for us to produce more—as opposed to letting people decide.”

Use what you’ve already got first.

Quite often, a company already has data about its own operations that can be better used to improve its resilience and efficiency; for example, by setting up an initial dashboard combining data from a couple of silos, and then creating rules for some alerts. The discussions to set definitions, rules, and thresholds can be illuminating.

“We advise clients to start by taking a step back. What is the issue? What are you trying to do? What is your existing tech landscape, and how well are you using it? And we ask them about the data. All those come together to solve the first problem,” Anand said.

A common mistake, however, is trying to pull together too much at once. “The art of the possible is quite mind-boggling—IoT sensors, transponders on your fleet—but the recommendation is to start with just a few data sources,” she said. The more data sources, the bigger the challenges of normalization, consistency, and ownership, and the longer it will take to deliver first value.

Speaking of ownership, a control tower isn’t useful unless you can act on the information it provides, but the question of who can act on the data can be fraught with politics.

“If you think about it end-to-end, there are so many different aspects—fulfillment, operations, procurement, logistics—it’s a lot to coordinate, and there is usually some power dynamic somewhere in that organization,” Snowflake’s Guard said.

Anand agreed that this is hard to solve. The smart approach, she said, is to “keep control with a limited amount of people, so decision-making is not too dispersed, but also use the tower to provide visibility to as many people as possible.”

“A control tower has been called an ivory tower,” Anand noted. But if everyone can see it, “it creates a culture of consistency. They are looking at the same data, so they can at least make sense of it.”

Get to the blind spots (such as contract manufacturers) later.

A second way to define project phases is in terms of the scope of data. Internal first, close partners later, gradually expanding the circle. This makes sense as the external data is typically harder to get and to integrate.

“What the pandemic showed us is, there were vulnerabilities in organizations’ own networks, but at least they had more control of that. They had no control over contract manufacturers,” for example, Anand said. “For most organizations it’s not going to be the first thing they tackle.”

It’s also easier to convince partners to get on board when you have already demonstrated your control tower’s emerging value.

Real-time visibility is a wonderful aspiration. However, as in the field of marketing, the idea of real-time supply chain data might be somewhat over-promised at this point in time.

“The traditional CPG [consumer packaged goods] model is to sell to a distributor, a wholesaler, and then to the retailer,” Guard said. “So the one big pain point is, CPGs don’t have seamless visibility through that last mile, and they don’t own those data sources.” Seeing it all in real time would require instant pass-through at every layer, and that would require infrastructure that most companies can’t currently access.

For some, including many traditional industrial companies, real-time demand data may not be strictly necessary anyway, or at least not worth the cost to achieve it, Sloyer noted.

All of this is to say, the often-challenging requirement of true “real time” shouldn’t be a showstopper in building a control tower. Just start by getting quality data, and delivering insights, a little faster. “If supply chain data is two weeks old, it’s not very meaningful, so you do have to harmonize those data sets and make it available in a timely manner,” Guard said.

In this regard, working toward real-time insights very much reflects the overall process of building a control tower. Keeping the big picture in mind helps guide decision-making along the way, but starting small and planning a realistic, phased approach will keep the course steady and deliver business value at every step.

Ensure the View IS Worth the Climb

Several years ago a Chief Data Officer asked me, “Is a dollar of cost savings…

Unpredictability and disruption are running high across today’s supply chains. With COVID-19 and now instability…

Today’s retail supply chains are as unpredictable as ever. During the pandemic, retailers and suppliers… Discover why companies that aspire to the Customer 360 view need to aggregate and unify customer interaction touchpoints to better understand customer behavior. 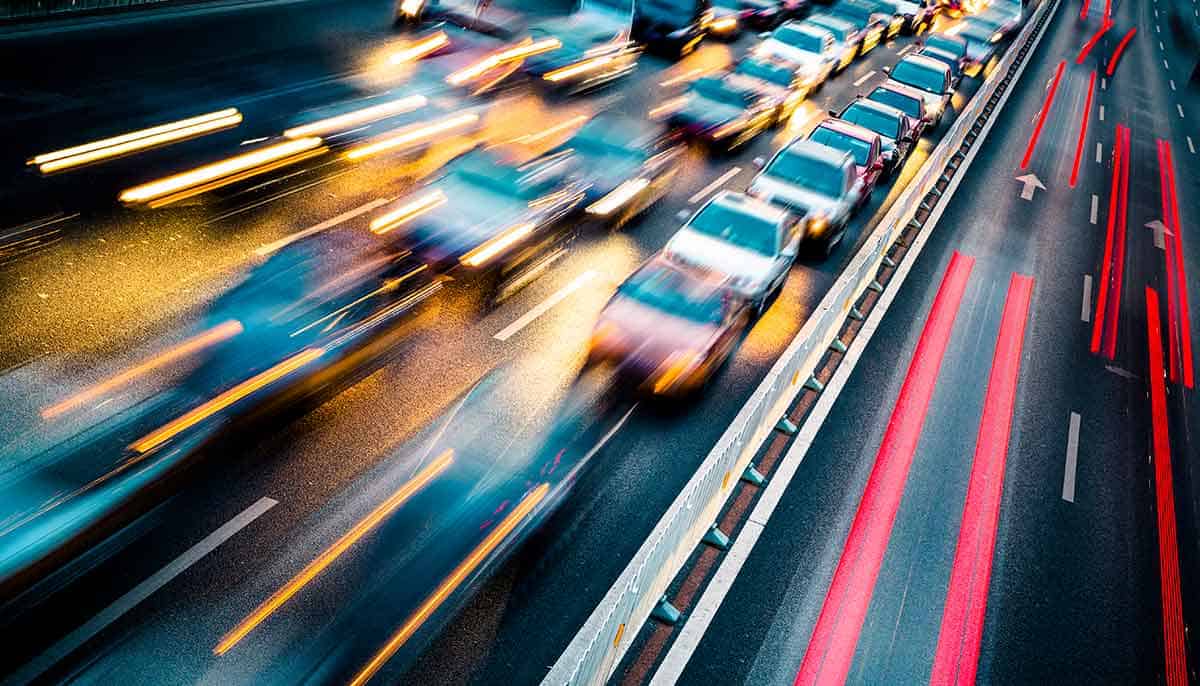 The Role of Data in Supply Chain Risk Management