When it comes to empowering women, gaining competitive advantage through the best talent, and fostering an inclusive workplace, take note: you can make an impact. That was the takeaway from the recent “Advocate to Empower” session at Snowflake Summit, which took place (in person!) June 15 in Las Vegas. Snowflake’s Aubriana Muna, employee communications manager, kicked off the event with palpable excitement that, yes, everyone can and should champion gender diversity.

In fact, you probably already have. The panel of women in data addressed various aspects of being a woman in corporate. All of us have hopefully at some time encouraged or recognized a coworker for great work, but whether intentional or not, many of us have been less than fully respectful or inclusive of women in our workplaces. And those slights can come from women as much as men. There are other aspects of who we are—for example, being queer, neurodiverse, nonbinary, or a single parent—that means we are more than just women and men, and there may be other differences that need to be navigated or honored in the workplace.

This panel of women, moderated by Snowflake’s Saqib Mustafa, deliberated on the topic of gender diversity and inclusion by speaking to some of the most defining issues for women in data today. Three trailblazers—Anita Lynch, Chief Data Officer; Eva Murray, Snowflake’s Lead Evangelist in EMEA; and Monica McEwen, Managing Director, Public Sector AI and Data at Deloitte—shared their views on topics such as amplifying your colleagues when they’re not in the room, mentorship, confronting difficult behaviors, helping other women, and why the next generation of leaders really needs to nail this to lead companies to success.

Here are some clear themes that emerged. Read on to see what each panelist had to say.

The reality of working in a male-dominated field is you’ll likely have more frequent interactions with men than women. So what’s important is to find a culture where there are men willing to be allies, willing to invest in women’s talent. To quote Toni Morrison – If you have any power, it’s your responsibility to make sure you are empowering others. It’s important to be thoughtful day to day about what we can all do to empower people around us, make them feel more included, encourage them to feel part of the group and share their perspective.

For the most part, I’ve been really fortunate and have had incredible male allies and mentors. They’re a large part of why I’ve been successful in my career.

Most of the people I’ve reported to have been men. And I’m a big fan of building relationships across teams and in other departments—that can really help as well. One friend of mine recently confided she felt that despite her leadership role, she had a hard time in a meeting because someone else did all the talking. And I suggested she find an ally, man or woman, who could disrupt the meeting and say, wait a minute here, what are we trying to accomplish? Also, that she could just ask the talker to help her understand, what is my role here?

On dealing with difficult people or behavior

Lynch: I think leadership has a lot to do with this. Organizations are continuously sending signals about what it looks like to be a leader based on the most subtle things. Sometimes there’s a tax associated with being different, whether it’s being a woman, black, queer, neurodiverse, or whatever. I’ve been lucky enough to have had leaders that, when inappropriate behaviors started, they were allies who were willing to shut it down quickly. When behaviors are ignored or swept under the rug, it empowers those people to continue that behavior.

McEwen: I’ve spent most of my career working for software companies that are more male-dominated. But how have I dealt with things that are inappropriate? I probably didn’t do this as much when I first entered the workforce but I’ve learned to address those instances head-on. I take them aside and say, you know, that was inappropriate or not very respectful, and most of the time they say, “Oh wow! I hadn’t thought of it that way” or even “Thank you for bringing that to my attention.” Oftentimes, it’s just been a lack of awareness (versus malice) on their part.

Murray:  My style is to not be very confrontational. I strive to do work that stands for itself. My approach has been usually less direct, but to simply say, in essence, “Well, you just watch me.”  That said, sometimes we have to take the bull by the horns. After a meeting where someone may have taken credit for my ideas or said something not appropriate, I may say to them afterward, “Why did you say that?” Sometimes it helps just to ask questions, like, how did this situation come about? And if it’s an online discussion, like on social media, sometimes I’ll post only an emoji that kind of says, hmm, maybe not so funny? Then others can like that emoji or post other emojis that get across the idea that, yeah, that wasn’t so cool.

McEwen: Sometimes it’s hard to confront somebody that might have marginalized you in some way. If you can find an ally that might have witnessed it or might have been part of it, or might be in the same workgroup, ask for advice on how to eliminate any behavior that shouldn’t be accepted in today’s environment. Make it less about you and recognize that by shutting this down, you are paving the way for the next generation of leaders.

On how to find a mentor

McEwen: Find a person you want to emulate. Get clear on what specifically you would like to learn from that person. This will be more successful than just broadly asking them to mentor you. And to continue to raise women up, if you see someone doing a good job, it’s as simple as sending an email to their leader or to someone they might be working with, giving them a shout out. Younger people, women, in particular, may lack confidence; it can make their day to send them a note saying, “You really rocked that presentation!”

How do we find a women-friendly employer?

Lynch: I suggest being direct and just asking. Ask if they have opportunities for women to develop in their organization. Are women getting what they need to be successful and thrive? And notice how receptive they are to answering these kinds of questions.

McEwen: One thing is, how are you treated during the interview? The people interviewing you are likely to be the people you will be working with. Do you feel respected? How does your gut feel? That’s how you know if it’s a good fit.

Murray: I think for me, I probably didn’t do a great job whenever I applied for a role as far as asking difficult questions. I have always focused on the role. What do I get to do? And I have spent a lot of time investing in my brand, like my profile within the Tableau community, where I was a user, customer, coach … and when I interviewed for Snowflake I was lucky that my reputation preceded me a bit. The interviewer already knew of me and my work. And I encourage women to always focus on what they can deliver.

An example of women helping women

Eva has created Maple Square, an online community where women in data can offer themselves as speakers, at events, in podcasts, videos—whatever channel—and showcase their expertise in the data universe, where many of the voices heard for years have been men.

Why diversity and inclusion matters

Lynch: The next generation of leaders is going to have to master and navigate some really challenging aspects of this world we live in. That means being adept at dealing with different personalities, lifestyles, preferences, and ideas. The next gen of leaders must be skilled at being inclusive in order to get access to the best talent pools—and it’s all about talent. Having access to the best, most diverse pools of talent will become a competitive advantage. If you’re not somewhere that values you for your unique perspective, skills, and work that most fulfills you, find a better place to be. A better culture fit for you.

McEwen: It’s been proven that women have a harder time sharing the good work they’ve done. So, it’s important to advocate for yourself, as well as other women you work around. It’s ok to say, “Hey, I want to tell you about something I’m really proud of.” And I encourage women to be very vocal and visible about finding an ally or mentor. Making leadership aware of someone’s positive impact is a great way to raise up groups that might not otherwise be recognized.

Murray: I’ve had plenty of great support from women, even though most of the people I reported to in my career have been men. They’ve been great and supportive, but I think it comes back to the practical tips that both Anita and Monica shared as well about doing that promotion, talking about the people that are not visible in the room or at the table.

And I love mentoring others. I look at a task that I need to do and ask myself, is there someone else who could benefit from doing this for their own career development? Because for them it would be something new, whereas I’ve done it 10 times, I don’t need to do it again. Finding those opportunities to bring to others is important, even if they work in a completely different department.

And by the way, the common notion that women don’t support other women is just, in my experience, not really true. I started Maple Square after listening to a really cool podcast on data, it’s out of Germany, and I noticed they only had dudes. So, I thought I want to create a place where women who are qualified and available to speak on these topics can be accessed. I wanted the excuse of “we just don’t know where to find them (qualified women speakers)” to be erased.

Breaking the Silicon Ceiling: Stories of Success from Women in Tech

In 1970 women made up 8% of U.S. STEM workers. By 2019, the STEM proportion had increased to 27%, according to U.S. Census Bureau numbers. That’s progress worth celebrating, and…

Diversity, Data, and Women in Tech: An Interview with Kirsty Gilbert Artificial intelligence products are growing in number and utility and fueled by technological advances.

Snowflake's Chairman and CEO today issued the following statement: “Comments I made during a media interview last week may... Description: Discovery Data provides the most accurate and trusted information on the firms and people essential to the... 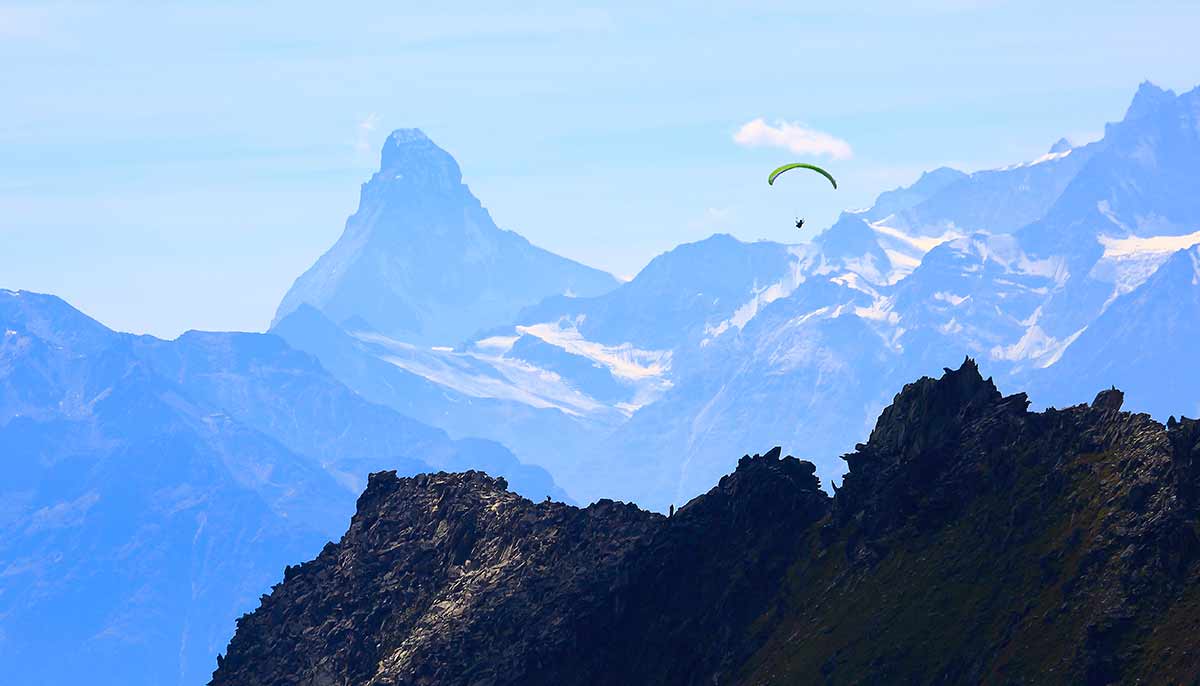 Using a distributed data clean room, it’s now possible to collaborate with data in a secure manner that aligns with privacy rules.