BUILD 2022: Building the Next Generation of Applications

The Data Cloud Dev Summit may be where developers and data meet, but there was much more than that going on at BUILD 2022. Developers—along with data scientists, architects, entrepreneurs, data engineers, and others—learned how to transform data, build with it, integrate it, and experiment with it. With four hands-on labs, multiple deep dives and panels, and 16 in-person BUILD.local sessions, there was plenty for everyone to explore. Plus they heard directly from two of Snowflake’s top builders and several open source luminaries, and got to grill Snowflake product leads in AMA sessions. That’s a lot to pack into two days!

Let’s take a look at some of this year’s BUILD highlights. And if you want to revisit a session or check out one you missed, you can watch the recordings on demand.

The future of apps, built on Snowflake

Applications and app dev got the lion’s share of BUILD’s opening chat with Benoit Dageville, Co-Founder of Snowflake and President of Product, and Polita Paulus, Principle Engineer at Snowflake.

“From day one, Snowflake was all about democratizing access to data,” said Dageville. “And if you think about it, applications are really the ultimate way to fulfill that vision because applications make data accessible and actionable to everyone. This is why we are focusing so much on applications.”

Noting that any modern app should be a data application, Dageville and Paulus discussed Snowflake’s mission to make the Data Cloud the best place to build, run, distribute, and monetize data apps. Dageville broke down the benefits for application developers, including:

Noting that Snowflake wants to do for data apps what the iPhone did for consumer apps, Dageville said, “Snowflake is building the go-to platform for data apps. That’s the vision.”

Dageville and Paulus also dug into several capabilities that help developers build powerful apps, such as Streamlit, Unistore, and Snowpark, which allows developers to work in the language of their choice (including Python, with the recent general availability of Snowpark for Python). When Iceberg came up, Paulus—the Snowflake tech lead for Iceberg—took the lead with an overview of Iceberg Tables, currently in private preview. Iceberg Tables combine Snowflake’s strengths with the Apache Iceberg and Apache Parquet open source projects.

“Companies can use Iceberg with many of the tools and pipelines they already have, and integrate new tools without moving their data,” said Paulus. “Iceberg Tables have all the advantages of other Snowflake tables, including lightning-fast performance, governance, and multi-table transactions.”

All the talk about applications and disrupting app dev meant there was also lots of talk about Streamlit, one of the hottest topics at BUILD 2022. Adrien Treuille, Head of Streamlit at Snowflake, kicked off Day 2 of BUILD by laying out the vision of the builders’ Data Cloud, but  attendees could also get a tutorial on using the Streamlit open source library to build a machine learning (ML) app, learn how the Streamlit data product team uses Streamlit, and join a lab to build a data app with Snowpark and Streamlit—just to name a few options.

With its ability to bring data and ML to life as an interactive app by using just a few lines of Python, Streamlit enables data scientists and developers to quickly create and share their own apps. That’s a huge boon for builders, but it also helps get data and analysis into the hands of decision-makers faster to help drive the business forward.

“If you speak Python, then you can pick up Streamlit in minutes, and start creating powerful data apps to share with the world,” said Treuille. He demonstrated this speed and simplicity by creating a “little” Streamlit app during his keynote.

Treuille also provided a peek at the forthcoming Streamlit-Snowflake integration with a “not so live demo” recording, showing how you’ll be able to build Streamlit apps in Snowsight and deploy them on Snowflake. He mentioned there are big plans in the works for Streamlit and Snowflake, both together and as an open source project.

“First-party integration of Streamlit in Snowflake lets you take all of that open source awesomeness and bring it to bear on your Snowflake data,” explained Treuille. “Even bigger is we are going to allow you to create these apps and share them in [Snowflake] Marketplace so that external customers can get access to Streamlit apps through our Native Apps Framework.”

Open source in the Data Cloud

This year, BUILD attendees got more chances to interact with open source projects and learn about the open source community. For example, Astronomer.io led a session focused on Apache Airflow, an open source standard for workflow and scheduling, and walked participants through self-serve data orchestration with Airflow and Astro, including how they’re getting visibility into data lineage and quality.

On the labs side, developers got their hands into building ML workflows with reliable, governed DAGs for MLOps with Apache Airflow and Snowpark for Python, plus exploring how Snowpark and Streamlit can serve up ML-powered apps without having to move data.

For those interested in why project founders turned to open source, there was only one place to be: the “Open Source in the Data Cloud” panel. It featured a top-notch guest list: Katrina Riehl, Head of the Streamlit Data Team at Snowflake and President of the Board of Directors at NumFOCUS; Peter Wang, CEO and Co-Founder of Anaconda; Ryan Blue, CEO and Co-Founder of Tabular and Co-Founder of Apache Iceberg; and Willem Pienaar, Engineering Manager at Tecton and Creator of Feast.

Despite having different types of projects, many of the panelists had a similar rationale for releasing their projects to the open source community: reducing risk and increasing trust for companies interested in implementing the projects.

“One of the key things was generalizing the project, making it more adaptable to different use cases,” said Pienaar. “We reduced a lot of the risk with ML tooling by open sourcing the feature store and ultimately moving it into the Linux Foundation in order to make it neutral, give companies confidence that they could adopt this, use it, and if my team or any other team goes away, they can continue to contribute and fork it or do whatever they want with it.”

Moderator Riehl noted that the mindshare that comes from having different perspectives on a project in order to improve it is another benefit of involving the open source community. As Wang pointed out, a lot of open source seems to start when practitioners talk to each other and realize they’re all trying to solve the same problem—then put their heads together to tackle it.

“When everyone has the ability to build those kinds of applications, to ask those questions, to put their views on data in a place to be shared by other people, that really unlocks so much productivity inside businesses,” said Wang. “And that’s a driving vision for almost all the open source we do at Anaconda.”

All of the panelists encouraged the Snowflake community to explore open source user and developer communities and welcomed participation in their projects. Grab a use case and check out anaconda.com, iceberg.apache.org, feast.dev, and streamlit.io for project information.

Through multiple hands-on labs, deep dives, and in-person BUILD.local sessions, builders around the world had the chance to learn from each other, turning theories into practice.

Two Snowflake Data Superheroes—Sonny Rivera, Senior Analytics Evangelist at ThoughtSpot and Chris Hastie, Data Engineer at InterWorks— joined forces to teach others how to build ML models in Snowflake using Python and Snowpark. Data scientists also could give their Jupyter notebooks an “extreme makeover” by following a Hex-presented tutorial on building a real predictive analysis and converting it into a cloud-hosted, Snowflake-powered data app.

Looking to the future, Snowflake announced some big news for the 2023 Startup Challenge: the New York Stock Exchange (NYSE) is working with Snowflake to take this year’s contest to the next level!

Mark Wassersug, CIO of Intercontinental Exchange (ICE), the parent company of NYSE, joined Snowflake’s Dageville at BUILD to share the good news. ICE began in 2000 as a startup, and Wassersug was part of the team that grew it into a $60 billion FinTech company.

“ICE is a great example of how a big idea can turn into a global enterprise,” said Wassersug.  “And I know there are entrepreneurs watching now with innovative ideas that will create the next ICE or Snowflake.”

Lynn Martin, President of NYSE Group, will join the esteemed panel of Startup Challenge judges along with Benoit Dageville of Snowflake; Denise Persson, CMO of Snowflake; and Carl Eschenbach, Partner at Sequoia Capital.

NYSE is also raising the competition stakes with some amazing opportunities. As Wassersug said, “It’s not just the idea that determines success. Entrepreneurs need sound advice and exposure.” So the top 3 finalists will receive the following from NYSE:

We are now accepting applications for the 2023 Startup Challenge, and the winner will be named at Snowflake Summit 2023.

Watch the sessions from BUILD 2022 on demand here.

Snowflake’s amazing community is supported by a talented group of Data Superheroes. We spoke with two of them, Chris Hastie and Maja Ferle, to learn about their journeys—and how the…

BUILD 2022 is right around the corner, and we’re making final preparations for the third… 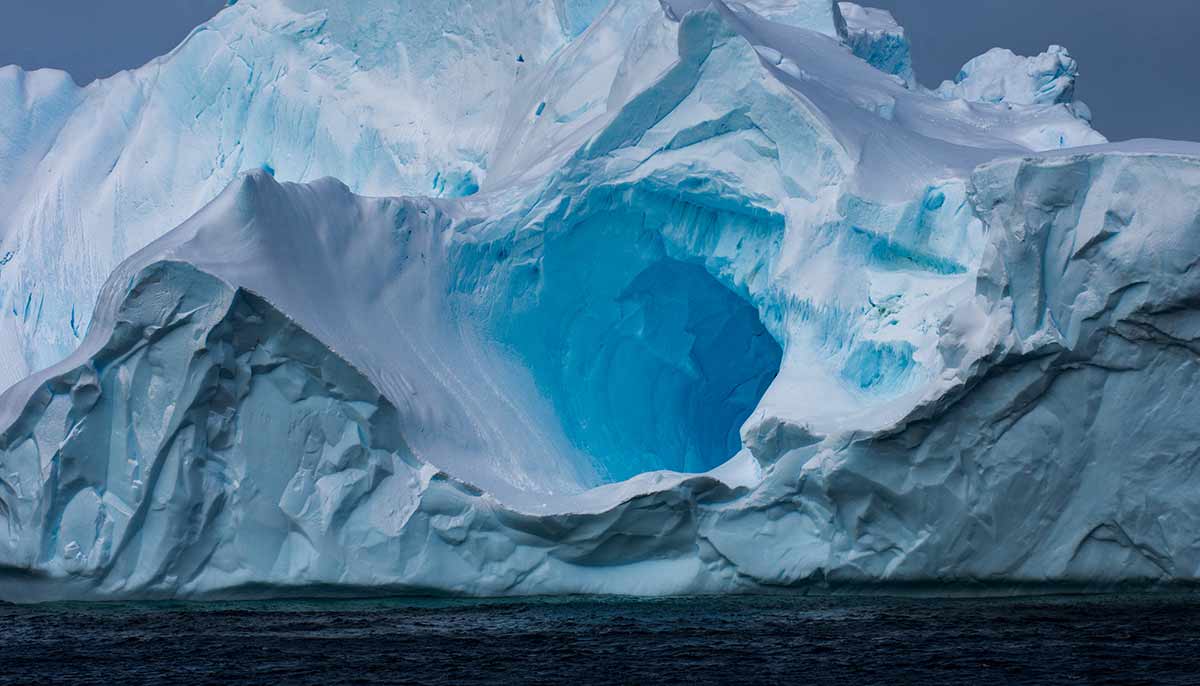 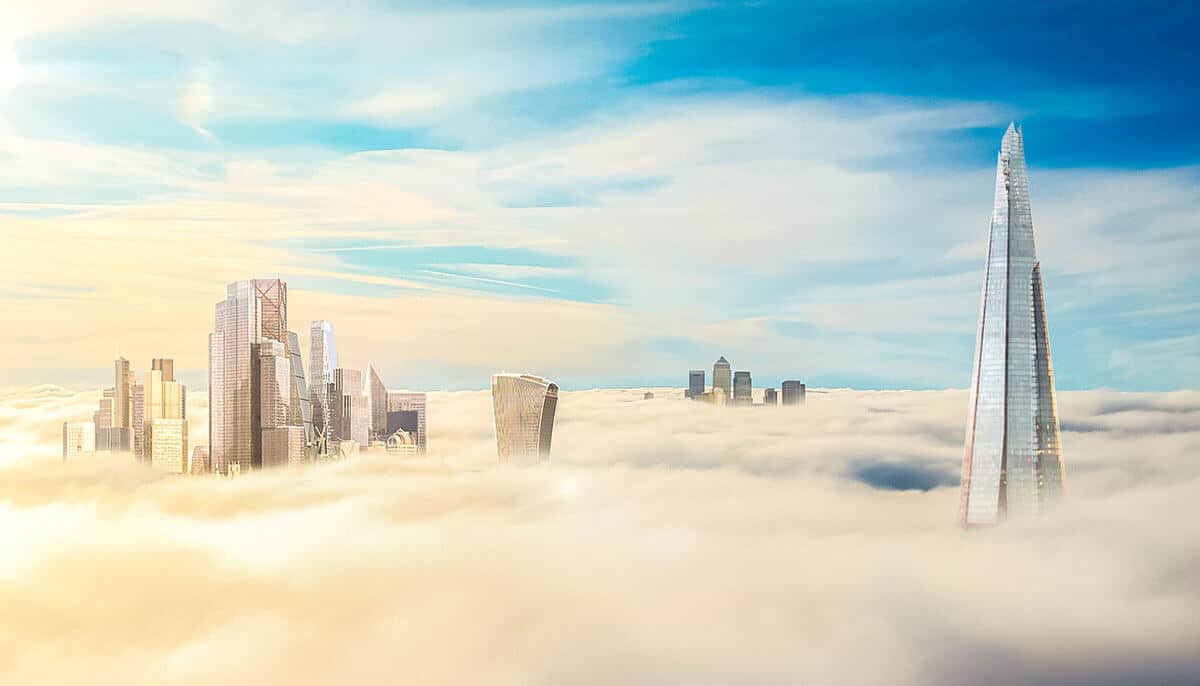